Lessons I Learned From My Biggest Loss EVER

I lost $60,000 from this deal and here's everything I learned from it. 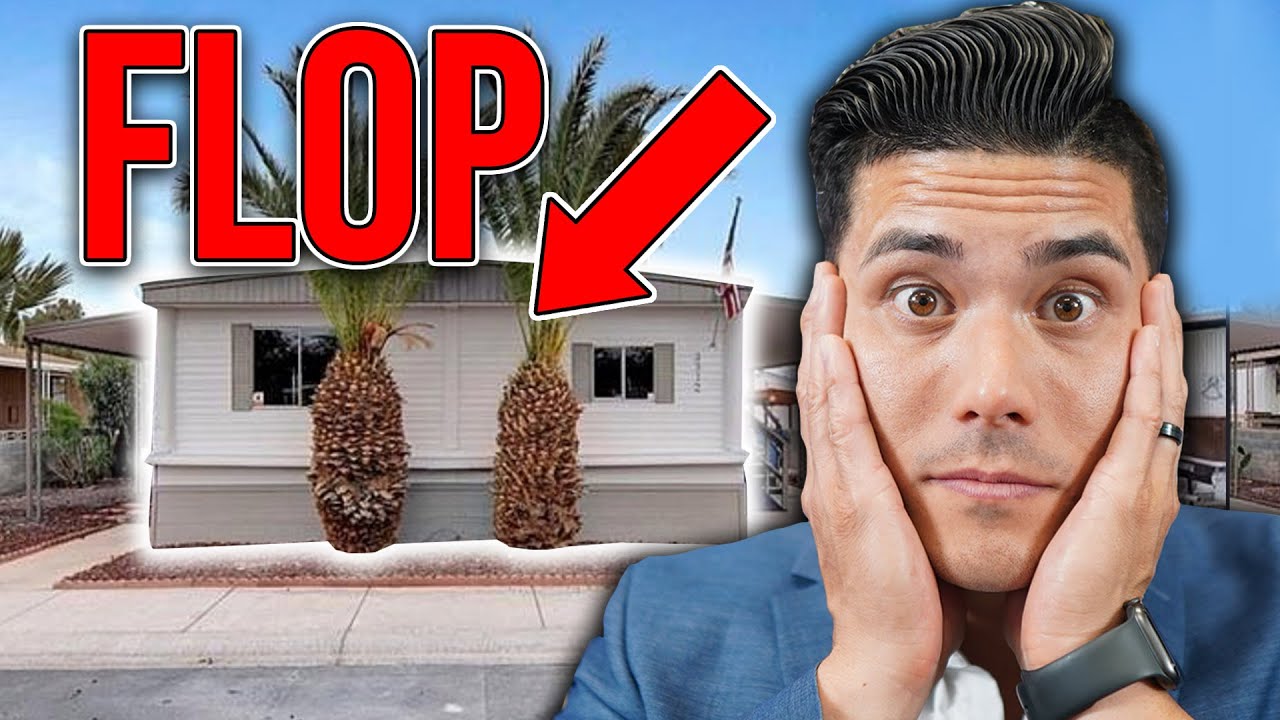 A lot of gurus and people teaching don't ever want to acknowledge the bad things that happen. I can see why, it sucks talking about your failures. This house is not the first time we've ever lost money. In fact, I've lost hundreds of thousands of dollars on bad deals. I've never had one that lost this big, but as I said, it's not my first bad deal. When you buy hundreds of homes, you're bound to lose on some. This can happen for many reasons. You could predict wrong on your ARV. If you overestimate your ARV and get significantly less, you're probably going to lose money.

You can lose big because of rehab. If your renovation costs are significantly more than what you predicted, you can lose money. You can also lose due to money costs. If you're getting a hard money loan or even a private money loan, and the property takes a really long time to sell you're accruing interest during that time. That can definitely make you lose money. If you're really unlucky, like in this case, you can do all three wrong and then you're pretty much screwed. If you do all three wrong, you're going to lose a lot of money. Typically on the deals we lose money on, it's usually not ARV. I would say we're pretty much always right on ARV. It's usually renovation and time. Rehab is very easy to go over budget. There's a lot of reasons renovation ends up being the thing that kills you.

Typically they go hand in hand because if renovation goes over budget and takes a really long time, it ends up increasing your whole time and interest keeps on accruing. So it's not uncommon for those to be together.

Maybe it ends up being just hold time. You get the project done really quick and nobody wants to buy it. That could also be an ARV issue. Maybe you're just overpriced. So it ends up taking way too long to sell and those dollars add up. You can either drop your price to get it sold, or you just wait it out and finally get your price. By then it's cost you a lot of money. So usually it's going to be two factors that make you lose. But if you happen to have all three, you're going to get hurt really bad.

So without further ado, let's analyze this deal, figure out what went wrong and how you guys can avoid it.

Here is the address 3312 Cape Cod Drive. We bought this house back in 2018. So one thing to know in 2018 is that Las Vegas had the most appreciation out of any city in the country. I was routinely buying deals and getting $20,000 over ARV all the time. I couldn't believe how quick they were selling, how many offers, how much you're making. I was getting deal drunk. So I got into a really bad habit of buying pretty much anything and everything I could. It served me well. We actually did make millions of dollars in 2018, but towards the end, they ended up raising interest rates and our market got really cold. The market actually really chilled all the way across the country towards the end of 2018. All those deals that I bought in Q3 Q4 of 2018, I ended up having to pay the Piper come 2019 because they didn't sell over the winter. I had a lot of holding costs. Didn't get what I thought I was going to get and was buying way too optimistic and I paid the Piper.

right out of the gate, we mismanaged our budget. We should have budgeted $35,000 to  $40,000 from the beginning. Let's take a look at what actually happened with it. We fixed it up and we sold it about two years later.

We had so many projects going on that I just trusted my project managers to do what they're supposed to do. When they don't, I didn’t hold them accountable. So they screwed up the layout and did not add a third bedroom which is why it took so long to sell.

So we ended up getting a loan offer at $145,000. Right where we projected. We got the offer early and it turns out that it's not converted. Even though the record said it was. I don't know the full conversion process in detail, but I know that they strap it into the ground to make it attached. I guess those straps and things were never done. They filed the paperwork saying as if it was done, but it really wasn't. So we ended up losing that buyer because they couldn't get a loan on it and we ended up paying to convert it after the fact, but that buyer had already moved on.

By the time we listed it again, once it was finally converted, it was just crickets. We could not sell it. This property was on the market for over a year. We did multiple price drops and then the market heated up again and we ended up raising the price to only have to drop it again. It finally sold in 2020, we bought this in 2018.

Time is where we really got killed. We got a hard money loan on this at three points and 12%. Those three points kept getting renewed every six months. So I ended up paying over $30,000 in money costs on this little rinky-dink mobile home, because it took so long to sell.

Number one thing I learned was I should have checked that bedroom issue right away. I allowed it to remain a two bedroom because I just thought somebody would buy it. If I would've just closed that off and made a three bedroom, right from the beginning, I guarantee we would have had a way better result by not doing that. I pretty much cost myself $30,000,

Second thing I learned was you can lose big on a cheap deal. I thought that you could only lose big on expensive properties. It's easy for a million dollar property to sell for $900,000. That's a huge gap that could cost you a lot of money. I thought with a mobile home, I should be safe.

The third thing I learned was mobile homes aren't always converted when they say they're converted. So I would have a property inspector check to make sure that the conversion is legit. All the paperwork said it was legit. The county assessor said it was legit, but it was not legit. That error caused us to lose a lot of money because if we would've just had that one buyer right from the beginning. So even though we went over budget on rehab, we could've still really limited the losses if they would have bought.

So that's how I lost $60K. I'm definitely not proud about it, but that is what happens sometimes when you're flipping houses, any investment. It doesn't matter whether it's stocks, real estate or even investing in your business or yourself. There's always risk. If you're trying to live life, risk-free good luck. It ain't going to happen. When you're doing a large volume of homes, it's bound to happen. We flipped hundreds of homes and we've lost on many other deals.

Now, thankfully we've won way more than we've lost. So it ends up being okay. When you average it out over a full year, it doesn't really hurt us, but the risk is always there on any investment. It's tough for me to talk about it. I know a lot of gurus and people selling education and courses only want to talk about the wins and the good things. It's much easier to sell when you're only talking about the good stuff, but I think there's a lot of lessons to be learned from this.

I hope it brings you guys value. It brings some transparency to the flipping world, and then you guys don't make the same mistakes I did. Hopefully I made this mistake and it helps many other people out because I know I'm learning from it.