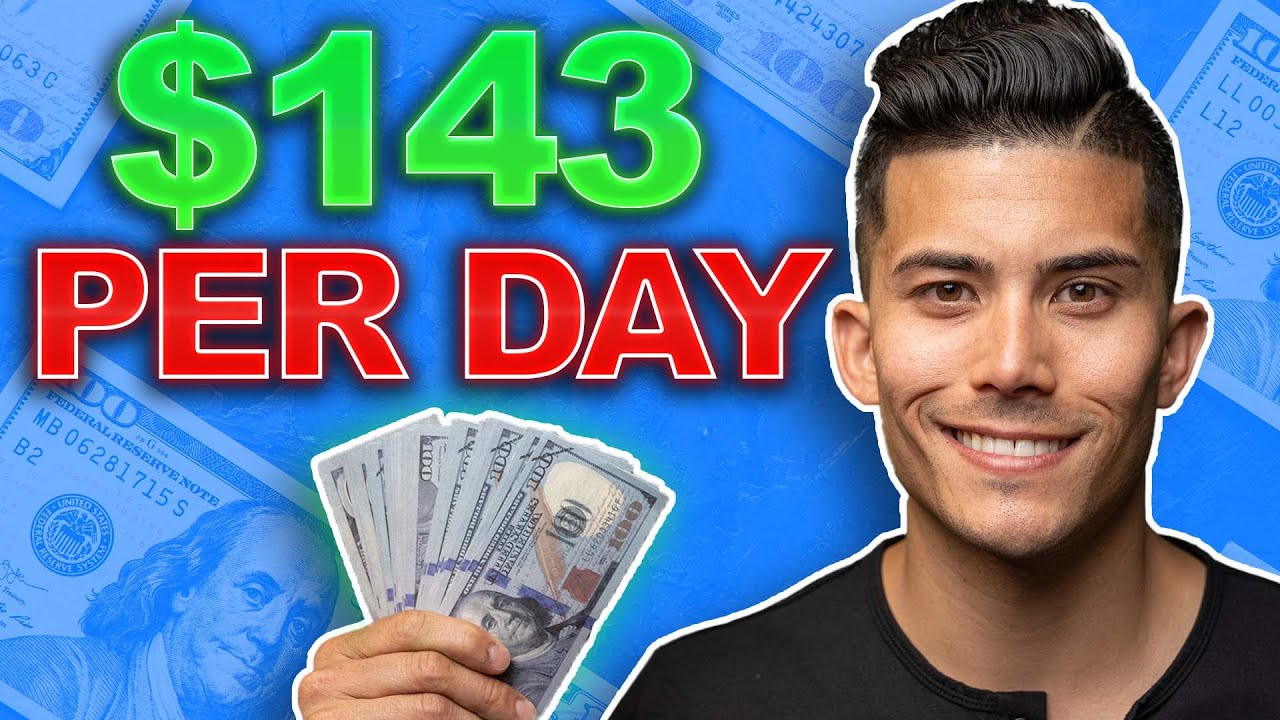 I'm going to be giving you the top five side hustles of 2021. The cool thing is I've personally done many of them, so I can give you firsthand experience on how it really is.

Now Turo is something that is gaining traction really fast. If you're not familiar with it, I'll give you a brief rundown. Essentially, it's Airbnb for your car. What you're able to do is go put your car on the Turo app and allow other people to rent it from you. You can be very flexible with the dates. So let's just say that you work Monday through Friday and you don't need your car on the weekend. Well, you can set on the app to only rent the car on the weekends,

It's a cool way to make some extra income that you otherwise wouldn't have. For instance, if you had a Toyota Camry and you rented it eight days out of the month on the weekends, like we're talking about, you could potentially make over a thousand dollars a month, literally doing nothing different other than putting it on this app. If you actually think about your car, you're not using it the majority of the time. I've seen a statistic that said that 95% of the time, people are not actually using their car. The car is parked in their garage. It's parked in the parking lot at work. The act of them actually driving it is very little. So when you think about that, you can actually get really creative with it and potentially rent your car on Turo full time and Uber other places, if you really want to.

So Turo’s an amazing side hustle that I'm really excited about for 2021. I think it's only going to grow bigger. So if you're interested in learning more about that, make sure you go watch the three-part series.

If you've been following me, then my guess is you probably have thought about doing this or you're currently doing it right now. My hope would be that you have the confidence to at least want to get started and pursue it.

There are a lot of reasons why people don't do it mainly because they think they need a lot of money or they need great credit, or they need to know how to fix things. The reality is you don't need any of that. You can go wholesale real estate without using any money. You can actually go fix and flip houses without having good credit, without having to worry about getting loans, without having to have money, without having to know how to fix things. I personally have never fixed one of my own fix and flips. I couldn't even tell you how to hang drywall. I couldn't even tell you how to fix a toilet. So my point is, if you're thinking about getting into real estate in 2021, you can make a lot of money right now, either flipping or wholesaling. We've got thousands of students all across the country doing their very first deals, all coming from vastly different circumstances.

Some are in California, where real estate is really expensive, some are in the Midwest, where you could buy a house for $10,000. Some people have no money. Others have a career that they don't want to leave. The thing that ties them together is that they're getting into real estate investing regardless of their circumstances and they're getting deals. I highly suggest going into FutureFlipper.com and checking out all of our programs.

If you're watching this and you have no idea what a notary is, all they really do is pretty much just watch you sign a contract and verify that it's you. They have a license to say that, yes, Ryan Pineda signed this document in front of me and I verified it. I'll tell you, every time I sell a house, I have to get someone to notarize the document.

Most title companies will charge you anywhere from $100 to $200 every single time. If the notary has to come to your house or wherever you're at, you're going to end up paying even more. Now granted the notary doesn't get all of that money. The title company is probably going to keep some, the company that the notary actually works for is going to keep some, but the notary is going to make pretty good money for going and signing for 30 minutes. My signings typically take five minutes because I've done the signing so many times that I don't even read it anymore. So I'll tell you, even if they made $100 for watching the signing for five minutes, that's a pretty good side hustle. Going through the process of getting licensed was super easy. So I think it's a great one that many people never think about.

Now I've done many videos talking about what Amazon automation is. I detailed what it was like buying and setting up my first store and then seeing its progress these last six months. During those six months, I turned from a skeptic to a believer. I went into it thinking that it wasn't going to work and it was a waste of time. Then I just watched the results my store was getting by without me literally doing anything. At that point, I realized that I wanted to get into that business on both sides. I wanted to have my own stores, but I also wanted to provide stores for other people. So I actually started an Amazon automation company called LunarEcom. You can go to our website, lunar e-comm dot com and watch the case study to understand all the pros and cons.

There is a lot of risk. Your store can get shut down. You can lose money. So I'm not going to sit here and tell you that everything is pretty, and it's the best side hustle ever. If you have a low risk tolerance, you should not do it. But if you have a lot of credit and you understand exactly what it is, I think it's a great side hustle for anybody.

This is something that I had to actually go and hire for that I didn't even know existed as I've been building up my YouTube, podcast, TikTok, and Instagram and everything else on social media. It's become increasingly apparent that I needed somebody to help me out with managing emails, with talking to other people, with booking collabs and appointments.

It's just too much for me to do with making content and actually running all the businesses I have. So I ended up hiring what I call a content or brand manager. So when I was creating this position, I looked at everything that was taking a lot of my time, the act of posting all of my content and writing all of my descriptions. It takes a long time to do that. The act of responding to all the emails that come in for people that want to either sponsor or work with us in some type of way, the act of reviewing all the content that we put out and making sure that it's ready to be posted with no errors. Being a content creator/influencer is a lot more work than most people realize. I know that the top creators in the game are spending 60 to 80 hours a week just to do everything related to producing content, whether it be scripting, whether it be planning, filming post-production, or even managing the comments and DMS, it's a lot of work.

Instead of trying to grow your own following and create content yourself and figure out what works go directly to the influencer, who already has a following and who has already figured things out and offer your services. Let them know you're willing to do a lot of the daily tasks that they're currently doing. You can go through all the emails, you can get everything ready to post. You can talk to all the prospective sponsors and see who's legit. Most content creators and influencers are going to have final say anyway, they just need somebody to filter in all the bad things so that they're only looking at the good opportunities. That's exactly what my team does. They go through everything that comes in and when there's something that's legit, they say, “Hey Ryan, here's an opportunity. Do you want to do it or not?”

They're not just saying yes on my behalf without consulting me, but they are doing the legwork of bringing me only the best things. I can tell you most content creators/influencers do not have this person. They are the one who are doing this all by themselves. They probably don't even know that this type of person exists. I can tell you if you get in with the right influencer who understands the value and you're actually bringing the value, you could easily make six figures doing this for somebody. Even if you did it on a small level and you made a couple thousand a month doing this for somebody, it's totally worth it. It's not a ton of work on your end. So if this is something you'd want to do, I'd suggest just reaching out to influencers on YouTube, on Instagram, on Tik TOK and shooting them a DM, offering your services.

I think it's a great side hustle and it's going to be something that more people become aware of as time goes on. Those are the top five side hustles I've got for you guys in 2021.