The Best Social Media Platform For Business Owners In 2022

This is how I would start on social media in 2022. 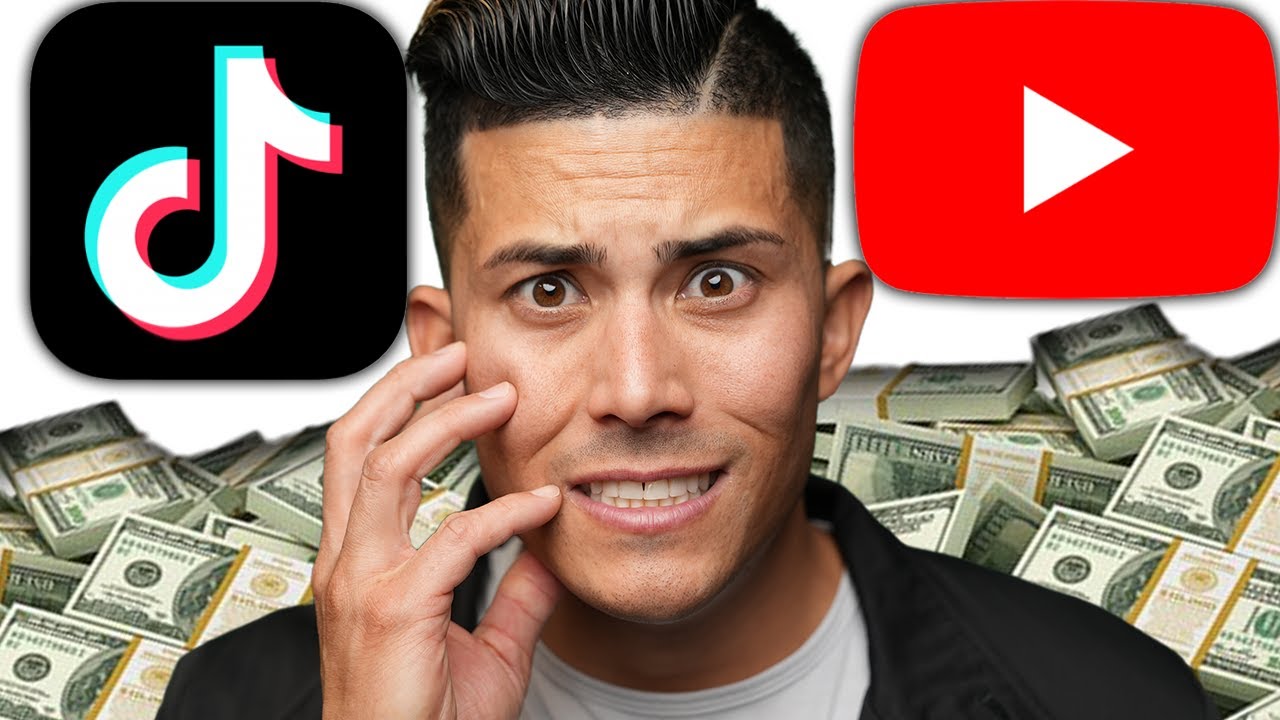 If you own a business or you're self-employed then you know how important social media is. With so many different social media platforms out there now, how do you know which one to focus on? Well, the answer might shock you because my opinion has actually changed recently. We're gonna go over why that is and what platforms you should be focusing on to grow your business in 2022.

Now I didn't start taking social media seriously until the middle of 2020. Before then I didn't have a TikTok account, a YouTube channel, or a podcast. All I had was my Instagram with about 50,000 followers, fast forward to today I've got over a million followers between those three platforms and I've got a top rated podcast.

The reason I tell you that is because your social media channel can grow really quickly if you do the right things. The biggest problem I see for businesses is they don't have enough time to devote towards social media. This makes sense because in your business, you're busy running the day to day, you've gotta close deals. You gotta go get inventory. You've gotta deal with clients and customers. Running your business is not easy and adding a whole new element to it takes a lot of time, effort and work.

I can tell you as somebody who's made the choice to focus less on business and more on social media, something crazy happened. It actually made my business grow far more by focusing on it less. So if you look at it in the big picture of things and you can devote the time and resources to social media, it is going to help your business grow as well. You just have to get through the initial buildup phase where it's not giving you any results because you're building your following. Once you start to establish a following, then the profit starts to come to your business.So assuming that you believe that going hard on social media is gonna make sense for your business. The next question is, what platforms should you focus on? And how much time do you have to dedicate to it?

It's my belief that in order for your social media to grow and for you to learn how to use it properly and to create good content, you're gonna have to put at least one hour a day into it; two, if you can. If you can devote two hours a day to social media, you will start learning how things will work and you will become a better content creator. Now, what I'll say is most of you probably spend two hours a day plus on social media, but you're a consumer. When I say spend two hours, I'm talking about creating actual content, not consuming it. So stop your consumption of social media and start creating instead.

Now, assuming you're willing to do that, which platform should you focus on? Well, if you would've asked me this a year ago, I would've said you need to focus on YouTube. The reason that I've always said YouTube is because it's the only search based social media and in business being search based is going to be so important. It's really simple. When you think about it, YouTube is owned by Google. Google is the number one search engine while YouTube is number two.

Which is why I've always said YouTube is my favorite platform, because it is the only one that can do search based traffic like that. That is the highest quality lead for your business if somebody is searching for that exact thing.

The other thing that makes YouTube great is that it's evergreen. If I make a video on how to flip houses today, I know that it's probably gonna have relevance for the next bunch of years.

As long as I've been flipping houses, the process of it has not changed very much. So I know if I make a video today, there's a good chance. Somebody's gonna see it years from now, and it's still gonna have value and it's still gonna drive traffic to my business. Once again, TikTok, Instagram, Facebook are not like that.

So that's why I've always felt that YouTube was king. But I do not believe that it is the best way to start if you are just getting started on social media for your business. The reason is that creating YouTube videos is really hard. On average. My videos are around 10 to 12 minutes, but to create that video takes many hours. I have to think of the idea I have to script it. I have to film it. My editors have to edit it. We have to write descriptions, create a nice thumbnail, and create a nice title. There's a lot of work that goes into making a YouTube video.

If you're starting a channel today, most likely you're gonna be the one doing everything. I can guarantee you creating one video is going to take a lot of hours. Even though that part in itself is really hard. Another reality is if you're just starting out, you're most likely not getting very many views. If you're starting from zero subscribers or and you don't have many followers or a big email list, then it's gonna be very difficult to get views and get picked up in the algorithm.

I've seen so many people start and they might only get 10, 20, 30 views and they become discouraged because they spent so many hours creating the video. This is why most people give up on YouTube because it takes so long to create. It's very hard to go viral and get seen as a new person.

So this is why I've changed my philosophy that I believe any new business should focus on creating TikTok. The reason is creating a TikTok is far easier than creating a YouTube video because it is short form content. You can go on your app right now for TikTok and create a 30 second video. it might take you 10 minutes after you edit it and do all your takes. The beauty with TikTok is that you can post them on other platforms as well. Instagram reels is a copy of TikTok, so you can go make the one video for TikTok and also throw it on Instagram reels.

But it doesn't just stop there. YouTube copied them with YouTube shorts. So now you can take that same and throw it on YouTube shorts. So now this 30 second video is on all three platforms and it has a far better chance of going viral. I've seen people go viral on TikTok and get over a million followers in just one month. My friend Erica Colberg did this exact thing and now has over 5 million followers. I think less than a month will add even more fuel to the fire. People are wanting short form content more than long form content. People's attention spans are getting lower and lower. So short form content is going to win as time goes on. So even though those platforms don't have the evergreen or the searchability that YouTube has, it is going to be far easier for your business to get seen.

It's gonna be way easier to go viral. Making the content is easier, and you're gonna get more followers as time goes on using that method than if you were to just strictly devote all your time to YouTube. Now, I'm not saying you shouldn't make YouTube videos at all. Quite the con. What I'm saying is do the short form content first and post them across all the platforms. Once you start getting a bit of a following from there, then you could start making long form YouTube videos, and then you can have your audience from these platforms you've already established watch your YouTube videos. This is exactly what I did. I started to get an audience on TikTok and Instagram. So when I started making longform YouTube videos, I already had a built-in audience who was willing to go watch them and help the YouTube algorithm.

Once you build that audience up, you could start doing really cool things like I do now, where I repurpose my YouTube videos and my podcast, and those become my TikToks, reels, and YouTube shorts. So it becomes all the same content, but in different forms. If somebody wants to watch the long form, full version of it, they can go on my YouTube. They can watch my podcast. If somebody just wants a little clip of it, they can watch it on TikTok. They can watch it on Instagram. That way I'm hitting all demographics.

But the biggest thing we know as business owners at the end of the day is just getting our business out there and making people aware of it. If people are aware of your business, you're gonna get traffic to your website and it's gonna convert into more leads and more profit. So that's what I would focus on in 2022. If you're looking at growing your business through social media. 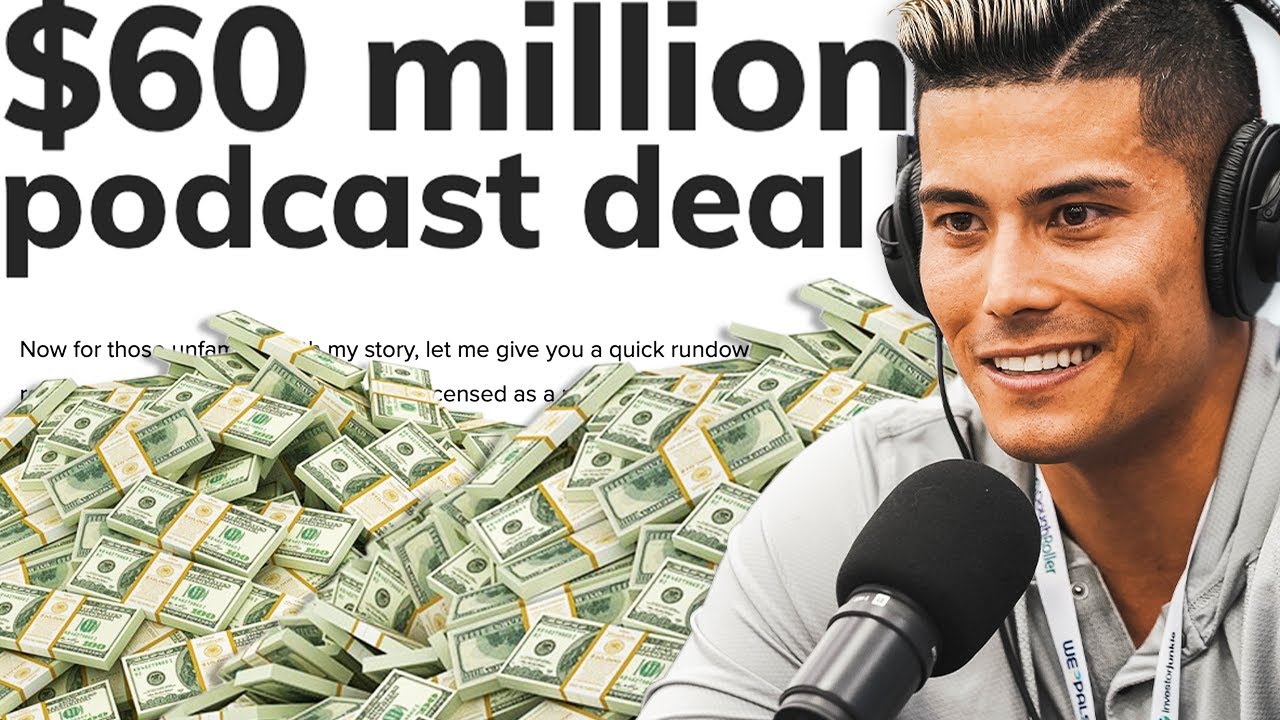 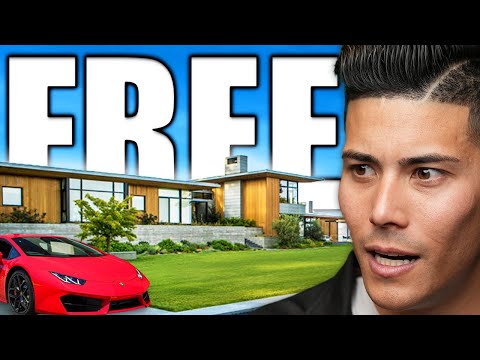 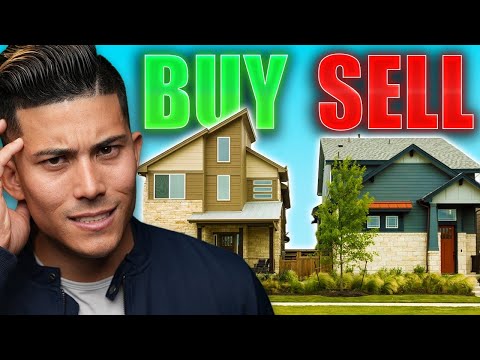 What Is A Good Real Estate Deal?